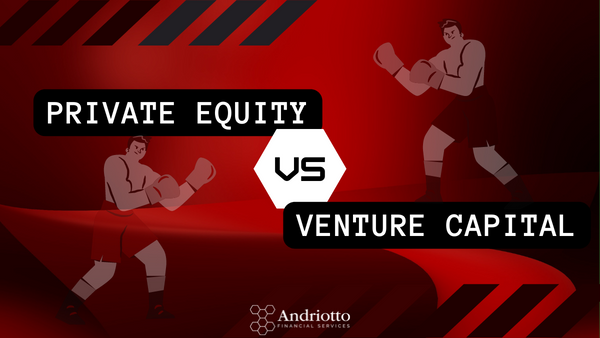 The differences that exist between venture capital and private equity are mainly related to the objectives set by the related funds, as VC was born as a subcategory of private equity.

Specifically, private equity refers to all transactions carried out by institutional investors in companies that already have a consolidated history behind them and need financial partners to carry out a restructuring, change ownership or carry out development plans (for example expand internationally).

Otherwise, venture capital deals with transactions carried out by institutional investors (funds of various kinds) that enter the capital of a company in the start-up phase (start-up) or that are going through a period of expansion.

This term refers to those investment operations in generally unlisted companies, carried out by professional operators, through participation in the company’s risk capital. These are, therefore, activities of making lasting and significant shareholdings in the capital of companies with the aim of increasing the value of the participation in the medium term, to then achieve a substantial gain at the time of the disposal of the same.

From a legal point of view, the elements that distinguish Private Equity must be sought in the context of “mergers & acquisition” operations, i.e. those economic-strategic aspects of corporate finance.

Depending on the phase in which the participation takes place, there are three types of Private Equity:

It is an investment operation in the risk capital of companies, generally unlisted, through the temporary acquisition of shareholdings with the aim of divesting them over a medium-long period of time (3-10 years) realizing a capital gain from the increase in the value of the company, after having financed it in its initial phase (early stage) or development (expansion financing).

In the first case, the intervention is aimed at supporting the start-up phases of the company, providing capital and administrative organization, or a business of a patent (generally technological), with a very high level of risk due to the fact that it will be a matter of “testing” on the market an unprecedented entrepreneurial formula.

In the second case, on the other hand, the transaction supports a growth plan, also through the acquisition of another external company, through a capital increase or a convertible bond loan, with relative greater containment of the risk for the investor, against a product already present on the market and an operation that is limited to guaranteeing mere support for the development of an already mature company, which will, therefore, have the nature of advice rather than financial.

In Switzerland, venture capital providers are brought together in the Swiss Private Equity & Corporate Finance Association, SECA. At the European level, venture capitalists are organized in Invest Europe (formerly known as EVCA).

Here lies one of the main differences between Venture Capital and Private Equity. In perspective, the preliminary assessment of the feasibility of the financed plan acquires a greater significant value than the investment in a Private Equity fund, and this is in consideration of the greater risk that the venture capitalist agrees to face not his own investment.

In fact, there could be a risk of rapid obsolescence or lack of commercial success of the product (especially if technological), also due to the entry into the market of a competitor, as well as the risk of a necessary refinancing of the operation and the impossibility of demobilizing the capital invested in early stage due to failure to achieve pre-established growth dimensions.